A train trip is as charming as those scenes we see in the movies, such as those who embarked os on a snowy adventure in The Polar Express (2004) where the journey seems more important than the destination; that time spent inside is the real place where everything happens. We refer to those vintage trains, where the atmosphere, leisure and gastronomy enjoyed on board are so spectacular that we do not need anything else.

We invite you to marvel at the train routes that run along the tracks of America. You cannot afford to miss them on any of your trips planned throughout this continent.

“The real voyage of discovery consists not in seeking new landscapes, but in having new eyes.”

It is the most luxurious train in North America. To travel in it you must hire it completely, as a charter, with capacity for 30 passengers.

On its way it traverses some of the most rugged, inaccessible and spectacular terrain in the world along the historic lines of the Canadian Pacific Railroad. An experience that in addition to offering spectacular landscapes gives you the opportunity to feel like royalty.

This train – the flagship of VIA Rail Canada – connects the cities of Toronto and Vancouver on a route of almost 4,500 kilometers. During the four days of the trip, you can see the lush boreal forest, the lakes of northern Ontario, the prairies of the west, and the magnificent Rocky Mountains from inside. This train is so famous that it appears on the Canadian 10 dollar bill from the Bank of Canada.

This train connects the cities of San Francisco with Seattle, the closest city in the United States to the Canadian border, and runs along the west coast of North America passing through Santa Barbara, San Francisco, Sacramento and Portland. Landscapes seen from the huge windows include the spectacular snow-capped peaks of the Cascade Range and Mount Shasta, lush forests, fertile valleys and the vast stretches of Pacific Ocean coastline. The duration of the tour is 35 hours.

Daily tours of the South Rim of the Grand Canyon will take you along a route lined with golden poplars and rows of pines, firs and spruces within and around Kaibab National Forest. Book a one-day or two-day trek, or a special Halloween trip during the month of October that will take you to a pumpkin patch that can only be reached by train.

This train crosses the western United States on a journey between cacti, cowboys on horseback and ranches. Its route departs from Los Angeles and heads south to the Mexican border in El Paso, and then continues the journey through the lands of Arizona, Texas and Tucson, including several national parks. The entire journey lasts 48 hours and it is a unique experience and a different way of getting to know the North American “Wild West”.

Its real name is the Chihuahua-Pacific railway, but it is known as Chepe. Through 37 bridges and 86 tunnels, the Sierra Tarahumara travels from end to end in a 16-hour trip (in its regional service) or 9 hours (the express service, specially conditioned for tourism).

The Copper Canyon (four times bigger in extension and almost twice as deep as the Grand Canyon of Colorado) are one of the main tourist attractions of the tour, in addition to ecotourism experiences and the possibility of knowing more deeply the different communities and cultures of those who inhabit the mountains.

This train that connects the cities of Tijuana and Tecate in Baja California, has the objective that tourists know everything from food to craft beer that is produced locally, as well as other options that Baja California offers.
The train travels for two and a half hours, during which time you will have the opportunity to take pictures at the stop made at the Abelardo L. Rodríguez Dam in Tijuana.

This train leaves every Saturday from 8:00 in the morning from the Ferromex station in Guadalajara and takes you to the place where the quintessential Mexican drink emerges.

The beautiful tour shows you landscapes in which the agave is the king, since it is the plant from which the jimador extracts the pineapple to produce this delicious drink, which of course you will have available on board.
Once at the Mundo Cuervo house, you will enjoy a tasting to learn how to taste this virtuous drink, between the añejo, reposado and white tequila, you can “lose the thread” so take it easy.

Then you will take a tour of the Distillery in which they show you the production process and there is even a demonstration of jima, which is a whole Mexican show (which could not be missed) and time to get to know the magical town. Without a doubt, a tour that you must do and even more obligatory if you are a tequila lover. Cheers!

This is the newest train tour in Mexico, and it covers the route from Guadalajara to Amatitlán in Jalisco. It offers three types of service: Premium wagon, designed for families; Club car, for adults only; finally the First Class wagon, which offers the maximum possible luxury. Your route includes a visit to the distillery located at Hacienda San José del Refugio, as well as a spectacular meal with folk music and dances.

This tour is located in the province of Salta in Argentina and is one of the most important tourist attractions in the area. The train to the clouds is one of the three highest railways in the world, transforming itself into a unique engineering work. Its trajectory covers 22 kilometers, linking the town of San Antonio de los Cobres with the La Polvorilla viaduct.

This meandering route through the Andes Mountains ascends to 4,200 meters above sea level, through canyons, streams and valleys, to reach the magical Puna. This railway is one of the most impressive in South America and one of the must-see activities in northern Argentina.

One of the most beautiful ways to travel through the desert is by train. From the city of Oruro, you can take one of the most impressive routes in Bolivia through the desert. The trip between Oruro and Villazón passes through 500 kilometers of desert, in 4 stations, having as a great attraction the transport to the famous Salar de Uyuni.

With reasonable prices and with the promise of a safe, comfortable and relaxing trip, this railway has been transformed into an unrepeatable panorama.

Leaving only on weekends, this train travels through the beautiful savannah of Bogotá and its surroundings. The last steam locomotive in Colombia begins its journey in Bogotá and extends to Zipaquirá, a mining town that has one of the most beautiful architectural attractions in Colombia: the Salt Cathedral.

El Turistren offers one-day tours that travel through the savannah offering typical food and indigenous music to travelers. Touring this area of ​​Colombia by train is an experience that you must do and enjoy if you visit the coffee-growing country.

Located in Patagonia Argentina, the End of the World Train is one of the most beautiful routes in the world. This railway seeks to recreate the last 7 km of the old train route for the prisoners of the Ushuaia prison, to collect materials. On board this railway you can hear the history of the area and observe magnificent landscapes.

This steam locomotive travels through an inaccessible part of Tierra del Fuego National Park, and amazes you with postcard-style photos of the zigzagging Pipo River, the Macarena waterfall, the tree cemetery and the majestic Bosque del Sur del Mundo.

The Serra Verde Express connects Curitiba and Morretes, in the southern part of Brazil with a 110 km route between tropical forests and cliffs, even showing the Atlantic Ocean, providing one of the most impressive scenic routes in Brazil.

With daily departures and a variety of prices, this train has become a very good option to get around and get to know the south of Brazil. This trip should definitely be on your itinerary.

As its name implies, this tour seeks to recapture the magic of rail travel in Chile. Leaving from the Central Station in Santiago, this trip crosses the country from the mountain range to the sea, to reach the port of San Antonio.

On a 110-kilometer journey, this railroad crosses the central valleys of Chile, ending in the Pacific Ocean. Although departure dates are sporadic, it is worth booking a trip in advance to marvel at its landscapes.

This is one of the best known tours in the world, because it is one of the favorite options to get to the sacred city of Machu Picchu. On a journey along the high forested mountains, cliffs and rivers, this mode of transport carries thousands of tourists per season.

Being a tourist attraction, the train offer has different prices and amenities. If you go to this ancient city, it is the most comfortable option.

Where will your next adventure lead you to? Tell us on the comment section!

Apps to make video calls with family and friends
Pueblos Mágicos: Places in Mexico to visit this year
Splashes of Viva Magenta, the color of 2023, at Velas Resorts
5 practical ways to optimize your wedding budget
10 destinations in Mexico to visit in 2022 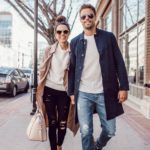 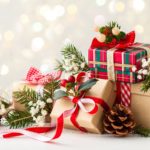 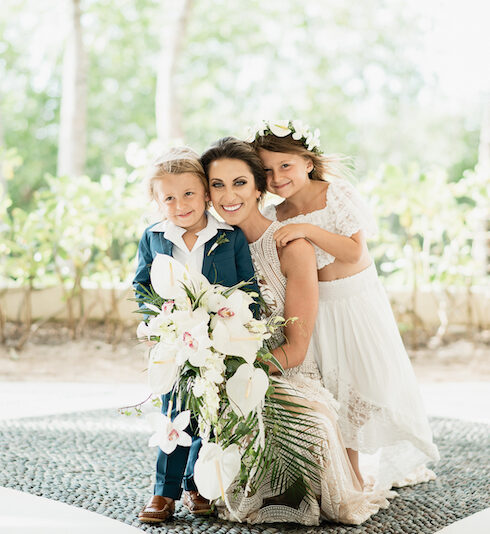 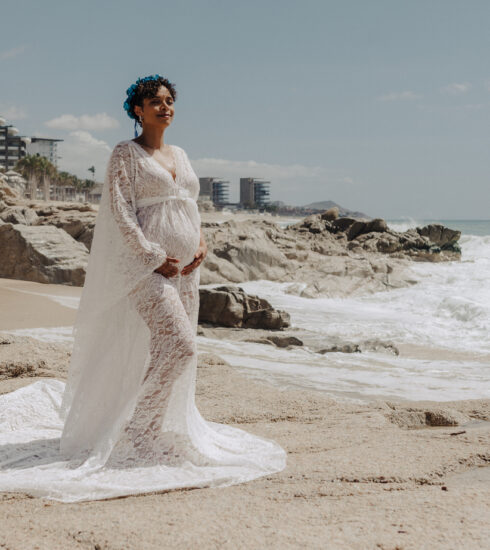 Babymoon: a celebration to always remember 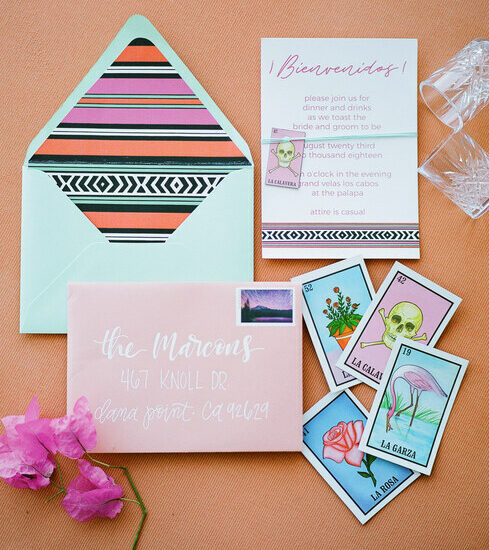 Save the date: Original ideas to announce your wedding