Get ready to fully enter this universe of tradition and culture. The Day of the Dead has been named Intangible Heritage of Humanity since 2008 by UNESCO, and it requires —and also deserves— many paragraphs in this post.

For a start, we will tell you about the origin of this holiday.

The origin of Day of the Dead

Before the Spanish came to conquer the lands of Mexico, the indigenous people already did some rituals to venerate the souls and the bodies of the deceased.

For example, the Mexica civilization worshiped the gods of the underworld Mictecacíhuatl and Mictlantecuhtli, who were in charge of defining the destiny of each soul. Both were the lords of the “place of the dead”, better known as”Mictlán”, which was divided into sections depending on the kind of death the person had.

The souls of the departed needed help from the living ones to start the path to the afterlife. As soon as someone died, elderly women communicated death by crying and screaming. Afterward, the assets of the deceased were concentrated next to him or her and the body was symbolically “fed” with the best dishes. After four days, the deceased was finally buried or cremated.

When the Spanish arrived, the European catholic beliefs merged with the pre-Hispanic rituals to give rise to what we know and do today during Day of the Dead, which is two days of celebrations: November 1st, “Día de Todos los Santos” or “All Saints Day”, when we remember all those people who died without being blessed or being a saint, especially children; and November 2nd, “Día de los Fieles Difuntos” or “All Souls Day”, in which we honor all the souls who have not reached paradise.

“Altar de muertos” or Altar of the Dead

The altar of the dead shows the belief that the deceased return to the world of the living to spend time with their loved ones and console them for their loss.

There are many types of altars, of all sizes and colors but the most representative are those with 2 levels, which symbolize heaven and earth; those with 3 levels, to which the purgatory level is added; and those of 7 levels, which, according to the Otomí culture, are the capital sins and the necessary steps that a soul must cross to reach heaven.

Offerings in the altar

An altar of the dead seeks to integrate the 4 elements (water, wind, earth, and fire). It includes as many offerings as you imagine, but there are key components that cannot miss:

The photograph of the deceased is placed on the first level of the altar. It can be an altar dedicated to a single person or more people.

It is the representation of the wind and joy through different colors and shapes.

Water is offered to the deceased to quench their thirst after their journey, and the salt is the element of purification.

The Cempasúchil flower, also known as the “twenty-petal flower”, is originally from Mexico and is typical of this season. In Mesoamerica, this flower was considered the most beautiful of all. It is believed that its petals kept the sun’s heat due to its intense orange color, and illuminated the way back for the souls.

The cross is a symbol incorporated by the Spanish to introduce Catholicism in Mexico. The lime cross on the altar, besides referring to religion, represents the four cardinal points (north, south, east, and west) to guide the souls on their way back.

The “tzompantli” of the pre-Hispanic era was a kind of altar for sacrifices offered to the gods, which contained real skulls. The Spanish decided to replace them with skulls made with “alfeñique”, which is a cane sugar paste, decorated with colored icing sugar. It is even common for each living person to have a skull on the altar with their name on them; this is to remind us that death is part of life.

The light and fire of the candles guide the souls towards the altar and their offerings.

Fruits of the season, such as tangerines and oranges, are usually placed to give the altar a more natural appearance, with greater color, and to nourish the deceased.

The origin of the bread of the dead comes from the pre-Hispanic sacrifices that men made to the gods, mainly with the hearts of princesses. During colonization, the Spanish people decided to change it and to symbolized these rituals through bread covered with red-painted sugar (although nowadays this is not a usual color on the bread).

The circular shape signifies the life-death cycle. The center circle symbolizes the skull and the sides the shins and the tears shed by the absence of loved ones.

Aromas are very important when it comes to attracting souls. Copal incense is vital on the altar, since its pleasant essence is considered “purifying”, and it cleanses the environment of “evil spirits”.

One of the most special moments when putting the altar together is cooking for our loved ones who are no longer present and offer them their favorite drinks and dishes. It is a very special way of welcoming them.

It is said that Mexicans have mischief rooted in their culture and have a cunning personality. Also, it is said that we are the only ones in the world to “make fun of death.” Well, more than a mockery or a joke, it is that we find humor and joy at all times. The literary “calaveritas” are a great example of this and, although they did not arise specifically for the celebration of the Day of the Dead, they were attributed to this date due to their themes.

Written in verse form with rhymes, they were born in the 19th century as a burlesque and satirical way of expression. The first was published in 1849 by the Guadalajara newspaper “El Socialista”, accompanied by an illustration called “La Calavera Garbancera” created by José Guadalupe Posadas, which criticized indigenous women who pretended to be European and who were nicknamed “garbanceras” (chickpeas).

Years later, the famous muralist Diego Rivera would incorporate this skull into one of his works, calling it “La Catrina”, and since then we have known them by that name.

Hay hermosas garbanceras / There are many chickpeas

Pero han de ser calaveras / But they may be skulls

We know… it doesn’t make any sense in English, but you can notice the rhyme in Spanish and the burlesque essence of “calaveritas”.

The Day of the Dead in Mexico is carried out with some variations depending on the region where is celebrated. Each city or town incorporates its particular touch to the feats, resulting in a variety of festivals that become a worth living experience.

Day of the Dead Festival in Puerto Vallarta, Jalisco

Every year we can see exhibitions by local artists on the Malecón in Puerto Vallarta with the theme of the Day of the Dead. Visitors can tour this place between skulls and altars while admiring our Mexican traditions. This 2022, the beautiful destination does not stop surprising us, and an enormous size Catrina has been placed a few steps from the famous arches. With a measurement of 23 meters high, it seeks to break the Guinness Record for the giant Catrina worldwide. Do you think they will achieve it? The festival will be from October 27 to November 6, with a variety of activities for everyone.

Festival of Life and Death in Cancún

The Xcaret Park, located in Cancun and very close to the Riviera Maya, holds this emblematic celebration year after year and seeks to promote the vast culture of Mexico.

Don’t miss their live broadcasts on YouTube! You will find more information here.

Since 1994 this festival has been a favorite of many families, with more than 200 activities and an extraordinary parade. It pays homage to José Guadalupe Posadas, the creator of “La Catrina” since he was originally from this city. It takes place in the facilities of the San Marcos Fair, famous for being the most important fair in the country. Learn more details on their Instagram page.

Festival of Light and Life in Puebla

Held in Chignahuapan, a magical town in Puebla state, with a stunning torchlight tour. This is done at dusk in order to receive the souls and guide them towards the offerings in the homes in the region. It is also celebrated with dance and music shows, traditional food, and fireworks that will accompany you to downtown. To see the activities program click here.

Valladolid is a magical town located in Yucatán, and it is in the Zací cenote where this festival takes place. A Mayan ceremony is held, as well as the celebration of the pixanes (spirits of the deceased), and interesting legends are narrated. The place by itself is mystical and adding traditional celebrations such as the altars or catrinas contests make it even more special.

By the way, it is said that at night you can see the aluxes (small goblins of the Mayan culture), as well as the spirit of a Mayan warrior.

In this edition, you will not miss it, as the production company in charge of this parade, Vuela Corp, has announced the launch of the App “Xóchitl y El Mundo de los Muertos”, which will have augmented reality to fully enjoy this party virtually.

San Miguel de Allende is an iconic city in the state of Guanajuato, and hosts one of the most artistic Day of the Dead festivals in the entire country. In it, you can enjoy creative workshops, live art exhibitions, digital art, visits to cemeteries or altars, cinema, and music, all well paired with the culinary delights of the region and mixology.

An electronic music show that lasts approximately 20 hours. The DJs create a different touch to their rhythms with the theme of the Day of the Dead. There is also gastronomy, many costumes, and altars. This year you can follow their broadcasts live through their Facebook page.

La Noche de Muertos (The Night of the Dead) in Pátzcuaro, Michoacán

This is not a festival, but it is a very special celebration since the Purépecha communities, which are the closest to Lake Pátzcuaro in Michoacán, have kept this tradition almost intact since ancient times, so living the Day of the Dead in this place is as if you lived it many years ago. Also, Pátzcuaro is a magical town, and this is a guarantee that everything will be spectacular during your visit.

‘Xantolo’ word comes from the combination of the Castilian term ‘xanto’ (saint) and the Nahuatl ‘olo’, which means abundance, therefore, it means “all saints”. More than 15 municipalities belonging to the Huasteca region of San Luis Potosí celebrate the Day of the Dead with dances, music, altars, walks through the pantheons, gastronomy, and drinks. It is also very common to see catrina parades and live performances. Learn more about the Xantolo here.

As you can see, the journey to the land of the dead is full of life. Thanks to the famous Disney movie, Coco, this Mexican celebration has been understood internationally, and if you haven’t seen it, we truly recommend it! No matter where you are in the world, tell us how you honor your loved ones, or what do you love about the Day of the Dead in Mexico! 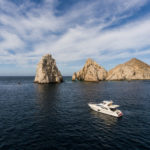 A private yacht experience in the Mexican sea 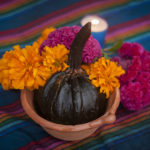 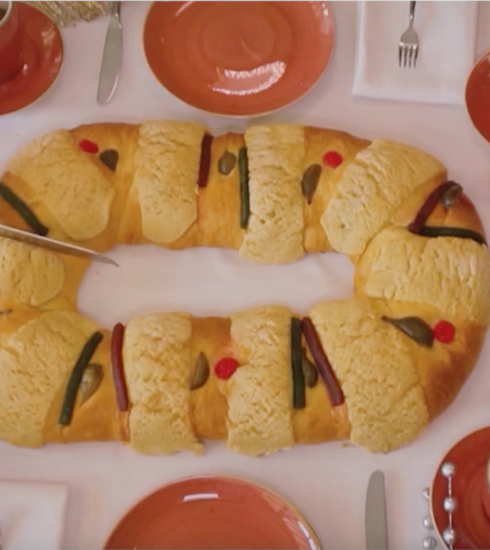 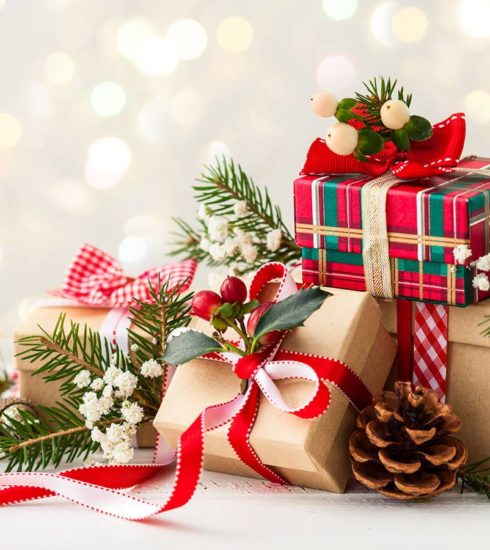 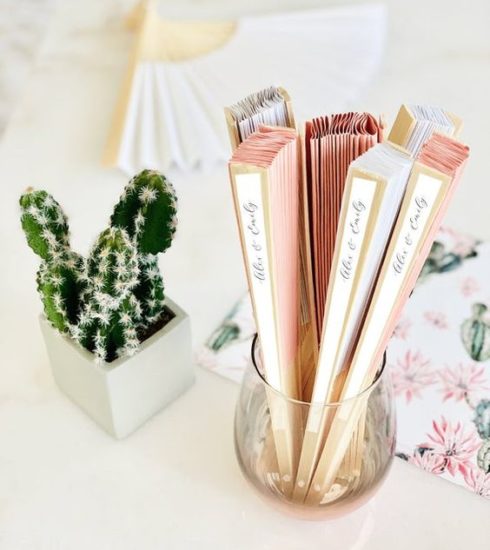