Then, they started to talk about the creation and formation of our first mother and father. Their skin was made of yellow and white corn, the arms and legs were made with corn masa. Our parents were made only with this dough, the four humans who were created.”

For thousands and thousands of years, indigenous communities have honored the ingredients that the ground has provided them throughout their history. So, corn is on the purest inheritances of our ancestors in Mexico, and nowadays represents an important part of the country’s gastronomy.

According to some anthropological studies, corn started to be sown, harvested, and used in the kitchen about 5,000 years ago in Mexico and Central America. It took a long time for it to evolve into the culinary delights we know today, for example, tacos or tostadas. Since initially, for pre-Hispanic cultures, corn was an essential part of their beliefs and their traditions and buildings many legends and stories are preserved, such as the origin of tequila.

One of the most popular stories is original from Mayan culture —who has several legends compiled in the book Popol Vuh— and highlights the origin of its community. Specifically, the creation of two women and two men through the corn, and over time they were the ones who taught their descendants to cultivate it and use it in their food and drinks to honor its creators and gods.

Thus, for thousands of years, corn has been an essential part of the Mexican diet and the wonderful characteristic about this cereal is the great variety of species that exist. According to the National Commission for the Knowledge and Use of Biodiversity (CONABIO for its Spanish abbreviation), in Mexico, there are 64 types of corn, of which 59 are native, all with unique characteristics, with different flavors, colors, shapes and sizes.

For Mexicans, the first thing that comes to mind is tortillas and then, the infinite number of recipes that have corn and all its derivatives, for example, tostadas with that crunchy texture, perfect to accompany with meat, vegetables or seafood —like our special recipe with crab— or some exotic Caribbean-style tacos with pineapple and jalapeño sauce. The possibilities with corn are almost endless and super delicious!

The treatments and procedures that corn has since it leaves the ground, depends a lot on the use and its characteristics, for this reason, we will show you the 4 most popular types, which Mexican cuisine stands out in the typical dishes.

Sweet corn: Its grains have a high sugar content so they have a sweet taste. For this reason and due to natural chemical effects, when reaching maturity the grains are wrinkled. This kind of corn is grown mainly in tropical areas to consume them when the cob is still green and it is very common to eat them roasted or boiled with a little lemon and chili powder.

Flint corn: This maize is grown in humid and cold climates, it is characterized by its round and hard outer layer. The colors of its grains are from orange-yellowish, white, and yellow to green, purple, and black. Its use is mainly to make cornstarch.

Popcorn: It is produced in the center and north of the country and is the most common corn on the list, since, as its name says, it is the cob for popcorns. Its small and hard grains burst when heated and give us that delicious snack.

Baby corn: This small yellow corn has been very popular, as it can be consumed fresh or preserved in containers. It is mildly sweet and has a satisfying snap to it.

There is no doubt, corn is an essential part of Mexican cuisine, what is your favorite dish with this ingredient? 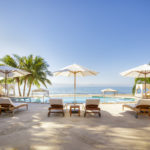 A heavenly beach club on the golden coast of Vallarta

Get To Know The Pleasure Of Solo Travel 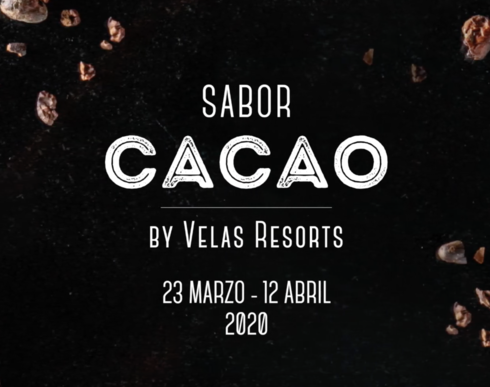 Sabor Cacao: honoring the Food of the Gods

Foodie at Home: taco recipe with an exotic touch